My services for you

Therapy for Trauma via the Body:

Whether consciously or unconsciously, we often experience physical, mental and emotional limitations in our lives caused by underlying traumas. These limitations can be relieved, or at least made more bearable with our Therapy for Trauma Treatment, which restores a basic sense of safety and serenity.

Therapy for Trauma(based on: Polyvagal Theory according to S. Porge’s “Safe and Sound Protocol”, including core elements of TRE after D. Berceli, BHS after R. & T. Wilms) is the basis on which the psychotherapeutic treatment is based.

Indications for which the Safe and Sound Protocol or TRE are advised:

The Psychotherapy Healing Clinic in the Carlsviertel is one of eight practices in Germany and the only one in NRW that offers the Safe and Sound Protocol (SSP) (as of 2018).
The SSP uses the auditory system as a portal to the vagus complex, which controls our physiological state. Once the physiological condition is regulated, we can accelerate or improve subsequent therapies.

Meditation is not what you think. Light photons provide a nice analogy to the nature of meditation. While light is like particles, meditation is both practice and non-practice. An apparent paradox that one has to live with. 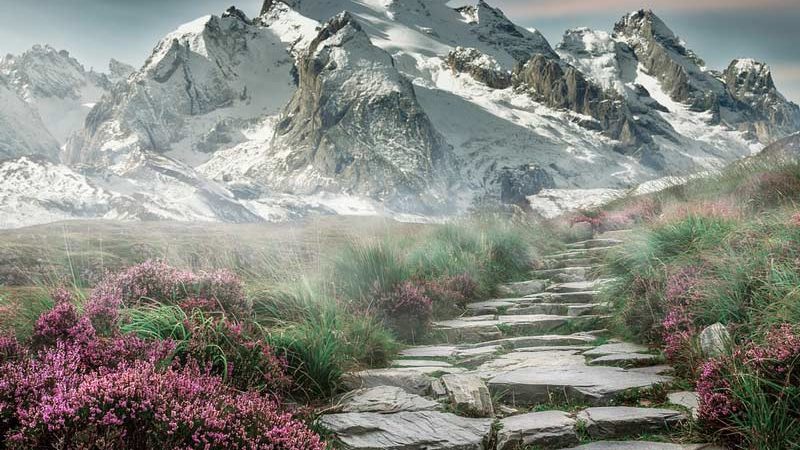 Integral Mindfulness (heartfelt and worthless awareness) based on Psychotherapy includes core elements of the Mindfulness-Based Stress Reduction Program (MBSR) described as the “Gold Standard” of mindfulness training developed by John-Kabat Zinn, the Integral theory according to Ken Wilber, the binding theory of Bowlby, and the Polyvagal Theory of Stephen Porges.

As we become aware of the many variables that determine our assumptions about ourselves, the world, our fellow human beings, and our place on this planet, we discover our strengths, our weaknesses and our encumbering beliefs. In this therapy, we learn the fundamentals of Integral Theory and what it means to humanity. We learn to recognise our blockages so that we can grow beyond them and live a much more meaningful and peaceful life. 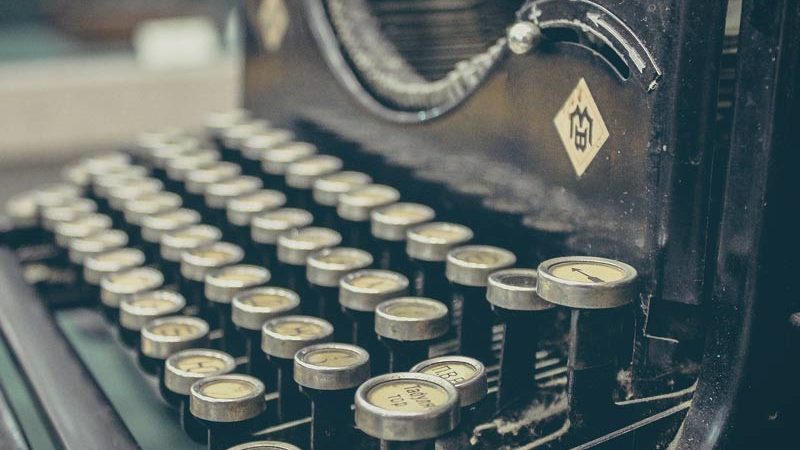 The stories of our lives have creative power. As authors of the narrative of our lives, we become aware of authorship and work in many ways with what we have to tell. In narrative therapy, it is believed that our narratives are a kind of preferred story, but they are not the only way in which we can represent ourselves or life.

Unlike traditional psychology, which deals with apparent deficits of the human psyche and sets normality or societal adaptation as a yardstick, transpersonal psychology takes another path. It is an advancement of humanistic psychology.

In science, the Brain is regarded as primary, while the Mind, Spirt, Heart and Consciousness are considered secondary. This is reversed in Transpersonal Psychology, where the spiritual and transcendent aspects of man are integrated within the framework of modern psychology.

As a Therapeutic Practitioner, I am committed to ensuring your health and personal well-being.
With over 20 years of experience as a therapist and international coach, I am competent, sincere, and always by your side.

I was born on March 11, 1972 in Bochum, Germany. As one of three children, surrounded by numerous pets, I grew up in a very small village-like suburb with happy childhood memories. I loved nature, my family, my friends and I was fortunate enough to gather wonderful impressions of the world during many long trips abroad.

When I was ten years old, a cruel stroke of fate affected my family. As a result, I became acquainted with psychological treatment methods at a very young age. Since then, I have felt a strong pull towards the higher levels of being, and found religion, spirituality and the bond of nature to be a natural and essential part of existence. Over the years, these feelings intensified, and by time I reached puberty, I was committed to the study and practice of philosophy, psychology, spirituality, meditation and Hatha-Yoga.

My key yoga teachers, to whom I remain deeply grateful today, include Romano Franco Romano (direct disciple of Selvarajan Yesudian) in Ticino, and Padmakar Mirajkar (direct disciple of Sri Aurobind – Integral Yoga) in India, where I toured from 1992 to 1993 as his pupil in Pondicherry, Auroville (Tamil Nadu) Vimal and Abadji.

At university, I studied German, Literature, Culture and Media Sciences, and at the Walter-Knäpper School I trained as a Naturopath.

In 1997, I opened a beautiful naturopathy practice in Bochum, but just 3 years later in 2000, I closed it. There were several reasons for this. One of the main reasons was that I found it difficult to accept money for therapy (something I have since learned is accept), but I also began to question myself, question what healing really means, and question my personal motives for doing this job.

It was at this time that I met Dr. Reshad Field, who went on to become my teacher for the next 10 years. Brimming with knowledge acquired through countless generations, Reshad taught me how to live as a ‘normal’ person and experience both happy and depressing moments, while remaining on my journey. Other significant personalities in my life at that time include Pir Vilayat Inayat Khan, Tony Robbins, Jill Purce from England, my two psychotherapists Eugen Drewermann (the Church Critic) and Avi Yasur from Tel Aviv, and finally, the grand dame of the spiritual scene Lili Benatav.

From 2000 – 2004, I lived a quiet life in Israel. Having read all about the holy land in the Bible as a child, I felt like I had finally come home, and it was here that I began to reshape my life with the writings of Martin Buber and the guidance of my spiritual teach Reshad Field, who taught me how something as simple as breathing can change your life.

Feeling renewed, I began to work as a German language teacher, coach and mediator, helping people from over 130 nations to learn a new language with the help of breathing techniques and time-space awareness, now referred to as mindfulness. I continued to work in this way for many years, and became extremely successful in my field, but the long hours and lack of caring for myself began to take its toll. My weakness has always been to serve others, while putting my own needs aside, and while I have always tried to justify this imbalance in my life with idealistic Christian beliefs, it was time to face facts.

In 2012, I suffered massive neurological deficits, but tried to ignore them as much as possible. I continued to work as before and used state-of-the-art medical equipment and alternative methods to self-treat my condition. It was not until much later, when a psychologist from Southern Germany pointed out that I was living in ‘survival mode’, something that would lead to my demise if not immediately addressed, that I decided to change my life.

In 2016 und 2019, my wife and I became parents to our wonderful daughters, and at times, I feel like I owe them my life. My Greek in-laws, my brother-in-law, my mother and my brothers all have my thanks for guiding me through those dark periods. They are all a great blessing of which I am truly grateful.

Feeling revitalised, I started to make significant career changes in 2017. The road ahead was unclear, but I decided to follow it regardless, and trust in my abilities. Awareness is still the foundation of my work, but I now take a more sustainable approach, allowing time for me, and no longer living in survival mode.

In 2018, I resumed my work as a therapist (while continuing my 21words* Corporation), but this time under new conditions. Thanks to the generosity of Dr. Olaf Deling, I now have a practice in the beautiful Düsseldorf Carlsviertel, where we work together for the benefit of our patients, combining complementary medicines with naturopathy techniques. 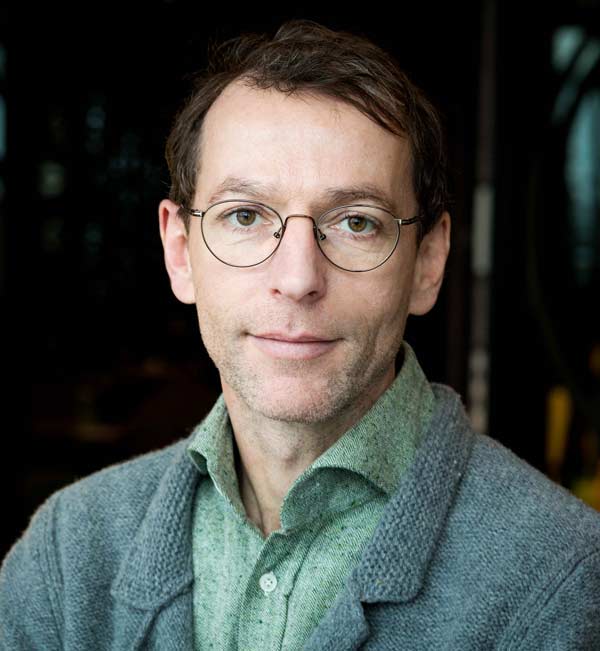